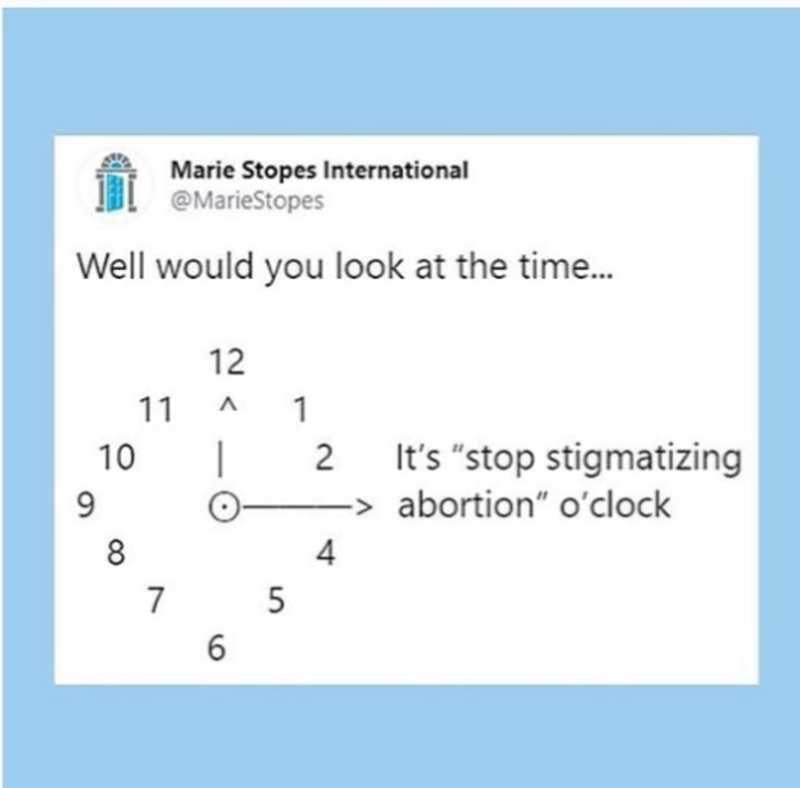 Let's be real, the Internet can be a treacherous place. But it can also be great (you're reading this blog, after all) for information and support, and that includes countering and busting abortion stigma. In this post, we've rounded up 5 posts that do exactly that. Check them out, and while you're at it, follow us on Instagram at @sass_usa.

We love this post from abortion_embroidery! One of the ways we stigmatize abortion is to talk about it as though it does and should only happen in extreme cases. Having consensual sex isn't the same thing as agreeing to be pregnant, and as far as we're concerned, not wanting to be pregnant is a great reason to have an abortion(s).

This post from Shout Your Abortion hits on a classic statement that's rife with abortion stigma: "I could never have an abortion, but it's okay for other people." It might not seem like a value judgement, but it is - you're saying it's beyond what you believe to be your own moral fabric to have an abortion, when in fact, folks who have abortions are moral humans and abortion is a moral choice.  Even those who are solidly pro-choice say this, and it's beyond time it disappeared.

People who can get pregnant are allowed to plan how many children they have. They are even allowed to decide they don't want to have children. Both parents and childfree people have abortions. WeTestify amplifies the voices of people who have abortions in order to increase the diversity of the voices we have access to. And knowing that others share our experiences and circumstances makes us feel less alone.

This post from NARAL Pro-choice Maryland says it all. The insidiousness of abortion stigma makes us believe we must explain ourselves and our choices about our bodies, and also that we must have compelling reasons for having abortions - other than, of course, not wanting to be pregnant. Abortion bans further exploit that stigma by forcing people to justify their decisions and prove themselves worthy of access to health care.

Abortion stigma can interfere with access to self-managed abortion, hijacking actual scientific facts as to the safety of doing your own abortion in the place of time of your choosing. Check our robust question and answer section with accurate information about the abortion pill, how it works, how to access it, what to expect, and more. Help us distribute stigma free information about self- managed medical abortion.