Six Sensational Reasons to Spell Abortions with an S 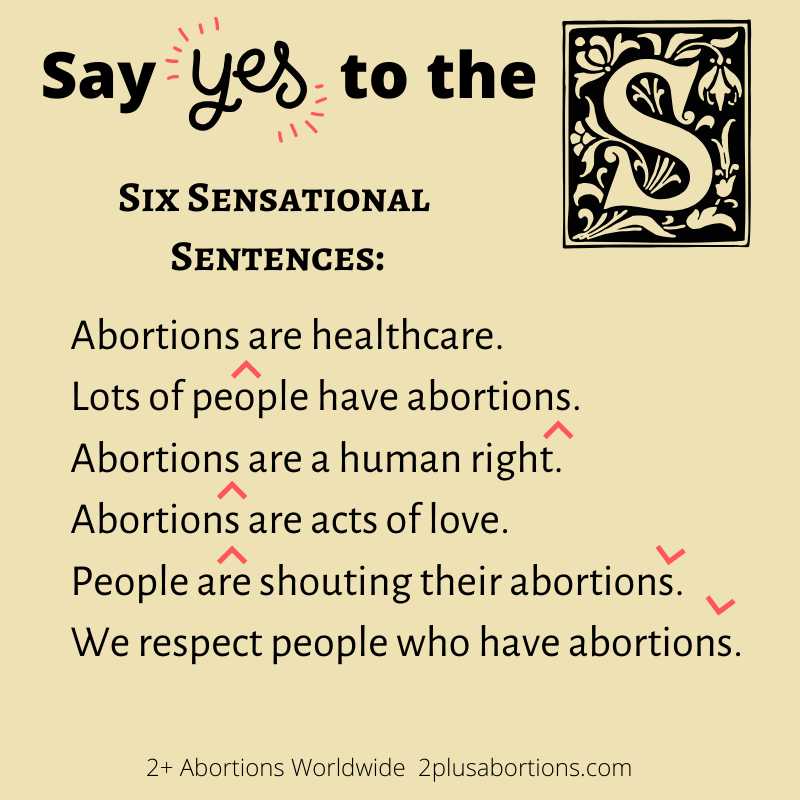 People who work the hardest to ban abortions use a variety of dishonest strategies, but perhaps none is more harmful than the vicious crusade to define people who have and provide abortions as callous baby killers.

This absolute lie alleges that millions of people around the world are a murderous monolith — a single, stone-hearted mob without mercy.

What if one letter of the alphabet could help challenge this vicious lie and relieve the suffering of people around the world who are shamed and silenced by its cruelty?

We believe the letter S has the superpower to help accomplish this feat.

Using the plural ‘abortions’ as often as possible — in everyday conversations, in medical messaging, and in corporate communications — makes perfect sense, and here are six reasons why:

1. Millions of abortions take place around the world each year. That's a collective plurality.

2. Millions of people have two or more abortions in their lifetimes. That's an individual plurality.

3. Abortions are provided in several different ways, including by pill, aspiration or surgery. And they take place in a variety of settings, including homes, hospitals and clinics. That's a plurality of procedures.

4. People’s experiences of abortions are as varied as the people themselves, shaped by countless variables ranging from where they live and the color of their skin, to their age and economic status. That’s a plurality of realities.

5. People’s feelings about their abortions are richly diverse, encompassing the entire spectrum of human sentiments from relief to grief. That’s a plurality of emotions.

6. Finally, and most important of all — when people only see and hear the singular 'abortion,' they can wrongly conclude that abortions are monolithic, one-dimensional, identical experiences for everyone. This misconception makes it easier for people to be influenced by the lies they hear from those who work to deny the human right to abortions.

What can we all do to unleash the power of the plural? It’s so easy — all we have to do is be intentional about using the word ‘abortions’ as often as possible, and try to break the habit of always saying “abortion is” and “an abortion.”

Can this simple change of spelling really help fight the stigma that harms so many people around the world? We’ll only find out if — together — we move away from the misleading singular, and say yes to the S.