You might not know that these 4 statements perpetuate abortion stigma, but they do

Here are some examples of statements rife with abortion stigma, and how you can stop it in its tracks. 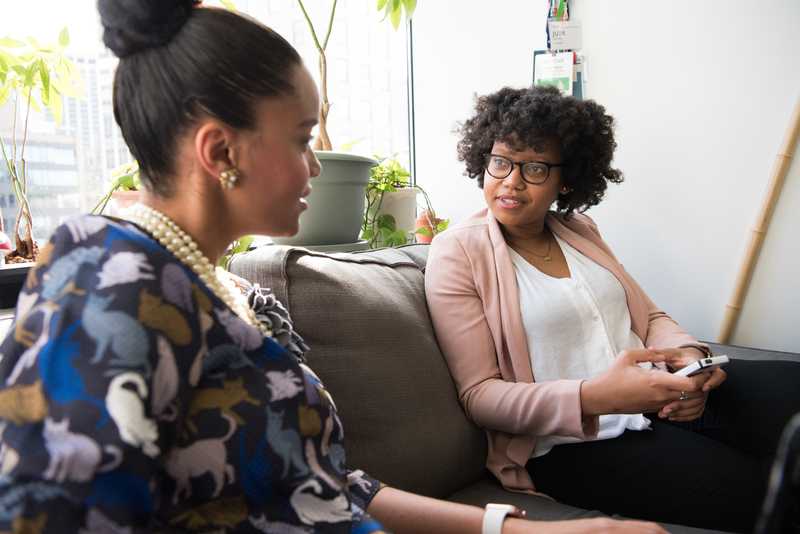 Abortion stigma is a collection of harmful and false ideas about abortion, people who get abortions, and people who provide them. These ideas stem from anti-choice activists and are perpetuated by the media, but people who consider themselves to be pro-choice, who work behalf of abortion access, can also keep abortion stigma in motion, even if they don't intend to. Here are some examples of statements rife with abortion stigma, and how you can stop it in its tracks.

"Only cis-women have abortions."

You might not have uttered these exact words, but it's likely that you've implied it with the absence of inclusive language.  We need to be explicit about the fact that abortion is something that people have, not just women, since not everyone with a uterus identifies as a woman. This includes gender non-conforming and trans folks, who are perpetually mistreated in medical settings. We can do better, we can eradicate the notion that certain people, and only certain people, seek and get abortions, and therefore the fight for abortion access should serve only those people. Abortion access is for everyone. Abortion stigma is what tells us otherwise.

"I could never have an abortion, but it's okay for other people."

This is such a ubiquitous statement, and the reason why it's so toxic is because we think that the second part negates the first. Abortion is okay for "other people," but not you. You may not think you would ever need an abortion, but that's statistically unlikely, even if you're intentionally pregnant. Who are the "other people" for whom abortion is okay, and why? When you say this, you're implying that abortion, and that the people who seek it are immoral, but you yourself are exempt from that because you would never get one.

First of all, abortion is literally birth control, in that it stops birth from happening. Of course, when people say this, they're targeting people who have had multiple abortions, and the statement that abortion should be "safe, legal and rare" also does this. Birth control is imperfect and can be difficult to access, reproductive coercion and sexual assault exist, making unplanned pregnancy a fact of life. According to a study by the Guttmacher Institute, 45 percent of people who reported having abortions had more than one, and let's not forget that most people who have abortions are already parents. Ultimately, though, no one owes anyone else an explanation for why they had an abortion, and regardless of why, they should be able to access it safely, as many times as they need it.

"No one wants to have an abortion."

Feelings about abortion are as diverse as the folks who have them, and the anti-choice movement, and people who are reticent about abortion (and bodily autonomy)  but are loathe to admit it, lean hard on the idea that everyone who gets an abortion is deeply conflicted about it and ultimately regrets it. Aside from the fact that feeling conflicted about something and regretting it are two different things, we know that statistically, people don't regret their abortions. (Also, even if they do, it should go without saying that that doesn't mean abortion should be illegal.) Perpetuating the notion that abortion is always a hard decision leads to silence around abortion, because people face backlash when they don't look and act how they're expected to, and people who have abortions are expected to be emotionally destroyed by them, so if someone is joyful, relieved, or grateful after their abortion, they may opt to remain silent about it. The result is that we see only kind of abortion story, leading to not only more stigma about who has an abortion and how they feel, but that we begin to believe that abortion leads to depression and other mental health issues. This isn't the case, of course. The fact is that people who desire an abortion but can't access it are more likely to experience mental health difficulties than those who have.