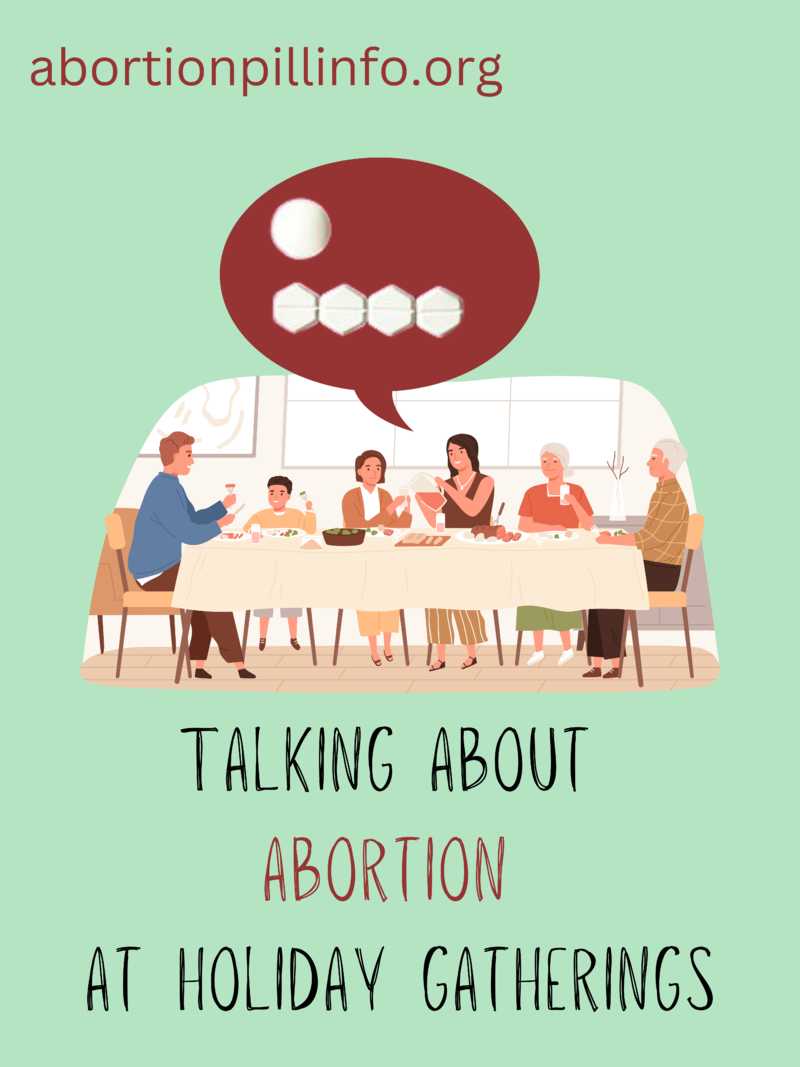 The holidays are upon us and that means potentially sitting around and talking to people whose politics may or may not resemble yours. You might head into these gatherings dead set on not having uncomfortable conversations, but that doesn't mean they won't happen. You might decide the holidays are a great time to dig deep with your relatives. Either way, here are some tips for negotiating some gnarly territory.

Set Boundaries in Advance: Take some time to decide how much energy you're willing to give to a conversation about abortion. What are your hard stopping points? (Do you want to argue about when life begins?) You don't owe anyone a debate. You came over for pie.

Assess: While you're thinking about establishing boundaries, remember that sometimes people are committed to misunderstanding and/or just want to fight. If you're getting the sense that someone isn't into genuine discussion, take your business elsewhere.

Women's Medical Fund of Wisconsin (WMF Wisconsin) has a great Instagram post up now about the power of saying "I disagree." In short, if someone's antagonizing you or playing Devil's Advocate, and not actually interested in an exchange of information, you don't have to engage, you can simply say, "I disagree," and leave it there.

Avoid the Abortion Stigma Trap: It can be hard to talk about abortion with people who don't agree with you, especially if it's not a subject you're used to discussing. You might be uncomfortable, and that discomfort can lead to capitulation, which can mean you fall back on stigmatized statements about abortion, like "No one wants to have an abortion," "I'm not pro abortion," "I could never have an abortion," etc. If you do find yourself saying something that's stigmatized, you can take a moment to point out that you did, and mention that even people who believe in and work for abortion justice can perpetuate abortion stigma.

Don't Assume: If you're going to be meeting new people during the holidays (or ever, really), try not to draw conclusions about their politics based on things like religion. People of faith, for example, have abortions, and many can and do have deep commitments  and convictions to abortion justice. There's important and fierce activism going on in red states. And you never know who at the table has had an abortion(s) or is currently dealing with an unplanned pregnancy.