If It Looks like Antis Want People to Die for Their Pregnancies, It's Because They Do 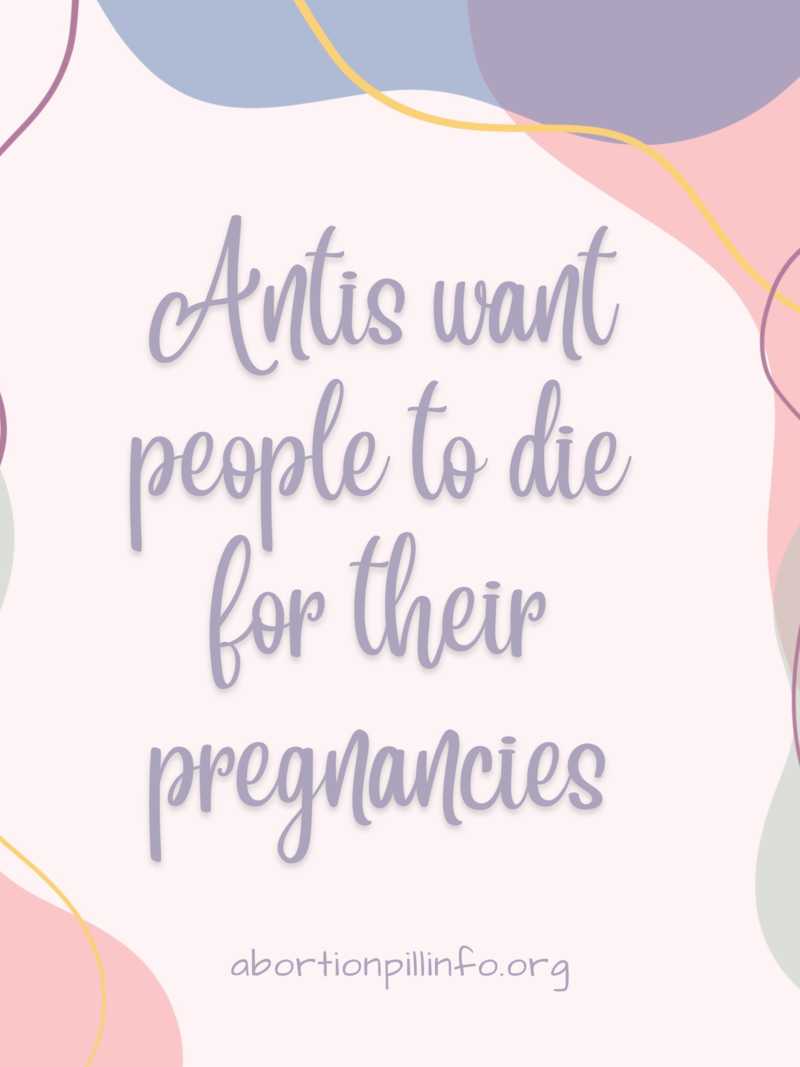 January 20th marked the 50th anniversary of the March for Life, and the first since the overturning of Roe v. Wade in June 2022. As predicted, it was a celebration of the end of Roe , and confirmed what those working for abortion justice have long known to be true: The pregnant person is most valued when they're dead.

Since abortion bans have taken hold in states like Louisiana, doctors and patients have been confused, afraid, and hesitant to act in urgent medical situations such as miscarriages and ectopic pregnancies . The laws change quickly, the language in them is murky , but the end goal, arresting and prosecuting abortion seekers, particularly those of color, as well as those who provide abortion care, remains intact.

Antis might deny the claim that they don't care about the fact that people will die if they can't access essential treatment for conditions like ectopic pregnancy, but if the barriers to safe and swift abortion don't make it clear, this incident at the March for Life sure does.

In 2004, Dr. Gianna Beretta Molla was canonized by the Catholic Church, after refusing both a hysterectomy and an abortion during her fourth pregnancy in 1962. After carrying the high risk pregnancy to term and giving birth, Molla died a few days later at age 39 . Her daughter, Gianna Emanuela Molla, herself a doctor, spoke at the 2023 March for Life, praising her mother for her decision.

listening to the march for life speaker canonize a woman who "heroically" died after giving birth to her fourth child. the crowd is cheering and applauding for the "selflessness of her decision."

There it is. The point of abortion bans is to subdue those who can get pregnant, to reinforce the idea that anyone with a vagina who becomes pregnant and seeks not to be is shirking what it means to be female, the will of a Christian god, and should be punished. A woman who dies so that a fetus can live, on the other hand, should literally be worshiped. It's no surprise that those who claimed to be in favor of "exceptions" to abortion bans, like rape, incest, and the life of the mother, are now going back on those claims . It doesn't get more transparent than celebrating a woman's death, revealing that the real and only value of a person is their ability to give birth.