How Many Abortions Can I Have?

As many as you need. 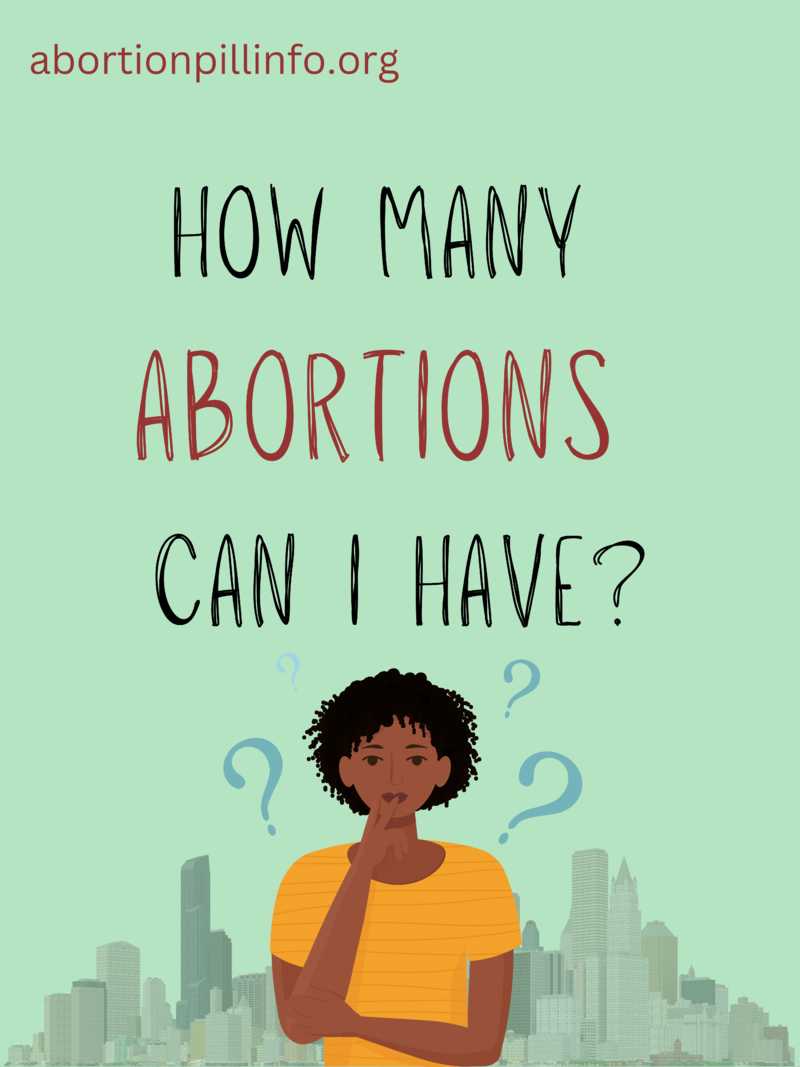 Even among some people who claim to be pro-choice, there’s this idea that having one abortion is fine, but having more than one is something to be ashamed of. Don’t pay even a second of attention to that nonsense! Many, many people have two or more abortions, and for lots of different reasons.

Having more than one abortion doesn’t mean you’re irresponsible. Just the opposite: it means you’re taking repeated responsibility for your own body and your own life because nobody knows what’s best for you as well as you do.

Having multiple abortions doesn’t make you careless or thoughtless. It makes you careful and thoughtful about where you are in life right now and whether continuing a given pregnancy fits into your needs and plans.

And despite the horror stories fake clinics try to tell you, no matter how many abortions you have, you’ll still be able to get pregnant in the future if that’s what you want. Abortion doesn’t harm fertility. If it did, millions of people wouldn’t have two or more abortions. And it wouldn’t be so important for people to know that they can get pregnant almost immediately after an abortion – sometimes even before their period returns.

People can be fertile for 30 years or more. There is nothing wrong with deciding you don’t want to continue a pregnancy at any point in all those years. And there is no lifetime limit on the number of times you can make that decision.

For accurate, up-to-date information about abortion with pills, visit AbortionPillInfo.org or download the Euki reproductive health app for iOS and Android. The information is exactly the same no matter how many abortions you’ve had!