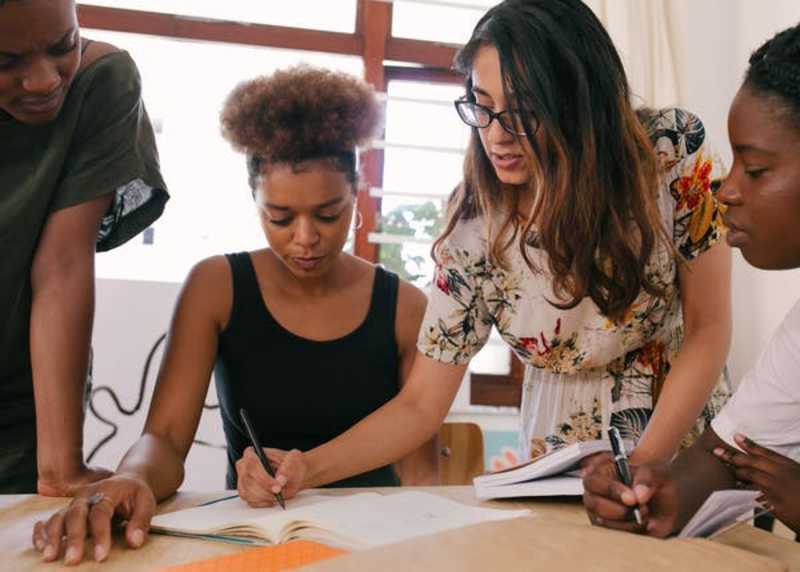 We've arrived in the post-Roe America we were warned about, and the one that many Americans, specifically folx of color, queer, poor, young, and people living in rural areas arrived in long ago. But now that SCOTUS has officially struck down Roe, there's a scramble to get involved, find a way to fix the mess. The good news is also the bad news: there is a lot of work to do, and in order to do it well, with compassion and attention to important details and with the long game in mind, because it is a long game, we have to be mindful of when we're being helpful and when we could be causing harm. Here's an abbreviated list of ways you can be of use right now, as well as some things you absolutely should not do.

Learn the difference between abortion pills and emergency contraception, and pass it on.

While abortion pills are getting more press than ever, there are still a lot of people who don't know that you can't use them unless you're actually pregnant, whereas emergency contraception/Plan B/Ella/the Morning After Pill prevents pregnancy. The difference is vital, so make sure you've got the details down, and then tell people about it. Learn more here.

Not "the procedure," and no other euphemisms like "reproductive health," when what you mean is abortion. Don't shy away from using the word, even if it makes you uncomfortable or the situation is tense. When we don't use the word, we imply that something is wrong with abortion, and by extension, with those who seek them. Halting the perpetuation of abortion stigma is a huge part of pushing back against anti-choice forces, as well as being a support system to the people in your life who have abortions, as well as  yourself.

Follow the lead of the people who have been doing the work.

You don't need to reinvent the wheel - take your cues from the wheel(s) that already exist. There are many ways to offer practical support, so do your research and see where you can plug in.

Abortion pills are safe and effective and people are using them. Coat hanger imagery is not only irrelevant now that there are other options for safe abortion outside of clinics, but it's dangerous. Even though more people know about abortion pills now, 1 in 4 still don't, so our energy should go into letting folx know about the pills, instead of terrifying them into believing the only option other than a clinic is something potentially deadly.  Not including coat hanger imagery in activist work doesn't erase those who were driven to unsafe abortion -- instead, it confirms that we don't have to live there anymore.

Amplify one abortion narrative above others.

There is no "correct" abortion story, no "better" reason for seeking an abortion than the one you have. Avoid perpetuating the idea that there are good or bad abortions, or that one has to feel a certain way about their abortion. All abortion stories are important, including those in which a person wasn't facing a devastating fetal anomaly, or living in the aftermath of a sexual assault, but simply didn't want to be pregnant.

Expect organizations to accommodate your desire for involvement.

Organizations that offer practical support to abortion seekers are slammed with requests from people who want to volunteer right now. Some abortion funds have been advised to shut down, there's lots of confusion, fear, frustration and overwhelm. So be patient. Do the other things on this list. Act now.