Abortion Without Borders (Aborcja Bez Granic) has helped almost 32,000 people from Poland to access abortions in its second year of existence. 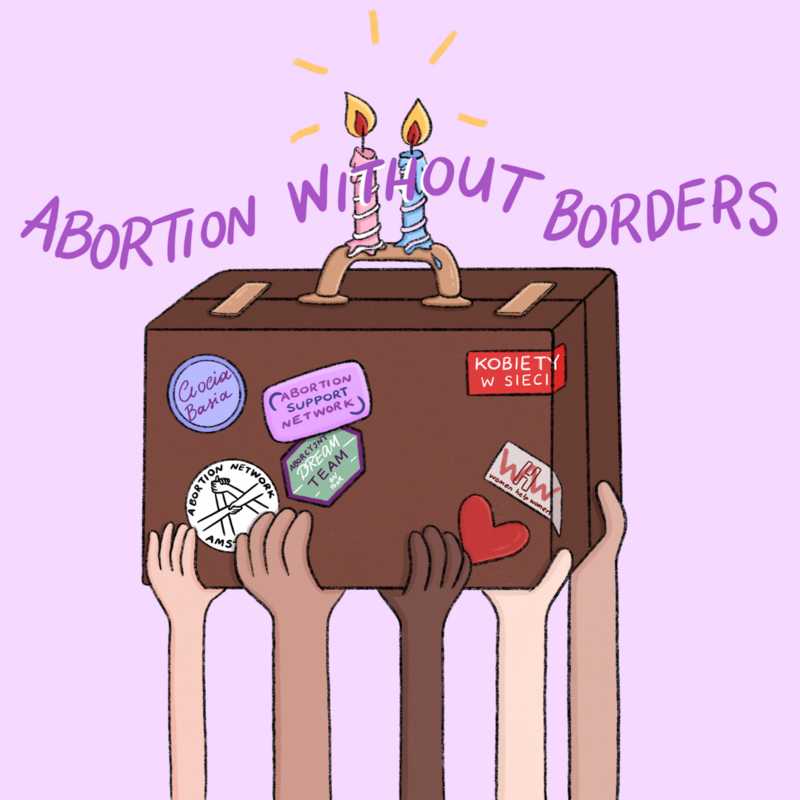 Abortion Without Borders is a grassroots feminist network that was launched on 11 December 2019 to help anyone in Poland access a safe abortion in Poland or abroad. In the face of fresh attempts by Poland to criminalise women for having abortions, Abortion Without Borders continues to help people who need support, including 1,186 who were forced to travel to a clinic or hospital in another country.

At least two women died this year after being denied an abortion for a pregnancy that was threatening their lives. Poland criminalised almost all abortions in a constitutional tribunal ruling in October 2020, and the last few weeks have seen attempts by the Polish government to criminalise what little abortion access remains in the country. Earlier this month, a ‘stop abortion’ bill was proposed which included criminal charges for abortions, miscarriages, and further charges for supporting someone to have an abortion. While it was rejected in parliament, the Polish Ministry of Health appears to be pushing ahead with the creation of a pregnancy register which would record pregnancies and other sensitive medical information in a central database.

In its second year, Abortion Without Borders:

Right now, Poland is leaving women to die. Abortion Without Borders is a lifeline for the people in Poland who have been abandoned by their government. Abortion Without Borders is here to help anyone who contacts us – but we are enraged that we are needed. We hope that governments and civil society will do their job and provide free, safe, legal abortion services for anyone who needs or wants them, as a matter of urgency. Until that happens, we will continue to practice radical empathy and help people access safe abortions, either at home with pills or abroad in clinics or hospitals.

We help people access abortions
We reduce stigma around abortion, whether with pills at home or at a clinic abroad
We never ask clients how they got pregnant or why they want abortions, but trust and respect the autonomy of pregnant people
We ensure that “I can’t afford an abortion” is never the only reason someone has a baby, or another baby.

Kobiety w Sieci has been providing people in Poland with pregnancy options counselling, including unbiased, factual information about abortion, for more than 14 years. It is the first port of call for anyone seeking assistance from Abortion Without Borders.

Abortion Dream Team aim to breaking the stigma that exists around abortion in Poland. It talks about abortion as a normal part of life, without taboo, drama, distortion or fear, including the important, necessary information about safe abortions with pills.

Abortion Support Network (ASN) is a small charity founded in 2009, that provides financial assistance, non-judgmental information and accommodation to those from Poland, Ireland, Northern Ireland, Malta, Gibraltar and the Isle of Man forced to travel and pay for abortions abroad.

Abortion Network Amsterdam (ANA) provides practical support for people who don’t have access to legal abortion in their country of origin or those, whose access to abortion is limited to 12 weeks. ANA helps people have abortions in the Netherlands by arranging accommodation, appointments, transportation, translation and, when needed, by offering financial support.

Ciocia Basia is an activist group created to help people from countries where abortion is criminalised by enabling them to access safe abortion in Berlin. It facilitates contact and appointments with confidential, non-judgemental counsellors and medical professionals, provides translation from Polish to German, provides free accommodation in volunteers’ homes, and offers financial support for people who cannot afford to pay for their travel costs and medical procedures.

Women Help Women is an international activist non-profit organisation working on access to abortion. It comprises feminist activists, trained counsellors, medical professionals, and researchers based across four continents, with a strong focus on supporting self-managed abortion, especially in places where abortion is restricted by laws, stigma and lack of access. Projects include a global telehealth service that provides information, support and abortion pills to women around the world, and partnerships with local feminist groups around the world to support increased access to abortion pills.