You Should Know about This: The FACE Act and Abortion Access 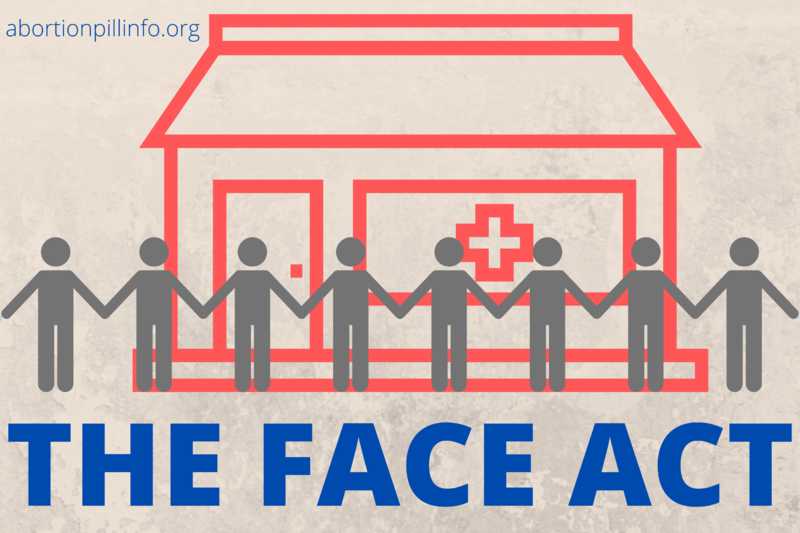 On April 26, 2021, a Catholic priest and four other anti choice opponents were escorted out of the All Women's Care in Manhasset, New York, a clinic where abortions are provided. The individuals are part of the Red Rose Rescue, an anti-abortion organization whose members enter abortion clinics, distribute roses to those in the waiting room asking them to reconsider abortion, and then sitting down and praying, with the intention of causing disruption that will result in the closure of the clinic for the day, and the "rescue" of "unborn children."

In 1994, Congress passed the Freedom of Access to Clinic Entrances Act (FACE), legislation making it illegal to interfere with clinics, forbidding "the use of intimidation or physical force to prevent persons from gaining access to a reproductive health care facility." FACE was born as a response to the aggressive actions taken during the "Summer of Mercy," a 1991 siege upon Wichita, Kansas by anti-abortion protestors.

Clinic rescues, like the one described above, existed before the 1994 murder of abortion provider Dr. James Britton by Paul Hill, a rescuer who urged anti-abortion protestors to use violence in their fight  before he was executed for Britton's murder in 2003.  While rescues seemed to be quelled by the FACE Act, they've returned with the advent of the Trump Administration, whose promises to Evangelical Christians have emboldened the right wing.

(We know now that many of the folks involved in the January 6th riot at the Capitol are actively anti-choice, and have been seen protesting at clinics.) The Red Rose Rescue began "rescuing" in 2017, targeting clinics in Michigan, New Mexico, and Virginia, with the intent of taking their intimidation nationwide.

What does this tactic have to do with abortion acess? Well, there's the fact that Red Rose selected a clinic in New York state, a place associated with accessible abortion (the Reproductive Health Act was passed in 2019), and proving that there is actually no place that's safe from anti-abortion harassment. (Clinics all over New York City are also the sight of aggressive antis.) Rescuers manipulate patients inside clinics, spreading misinformation about abortion and attempting to chase folks away from the care they need, perhaps causing adelay the procedure. (A reminder that whether or not rescuers force someone to actually leave the clinic isn't the point - there shouldn't be anyone intimidating or harassing patients in the first place.)

Getting to a clinic where abortions are provider can be an arduous task in itself - one often has to contend with hours and days of travel, especially in rural areas, as well as child care, lodging, food, insurance, state restrictions on age, waiting periods, attitudes of those around them influenced by abortion stigma, and more. Once they're actually there, they may have to navigate (hopefully with the support of clinic escorts) through anti-choice protestors, also trying to coerce them out of getting an abortion.

Thanks to the Turnaway Study, we do know that those who are able to get the abortion that they seek fare better in the long run (as do their existing children) than those who could not get the abortion.  Being able to access abortion is essential to one's mental health, yet another reason that we cannot allow it to be threatened by the intimidation of anti-choice protestors.