Physicians who work in Catholic hospitals must abide by Catholic religious rules, which dictate what reproductive health care can be provided. 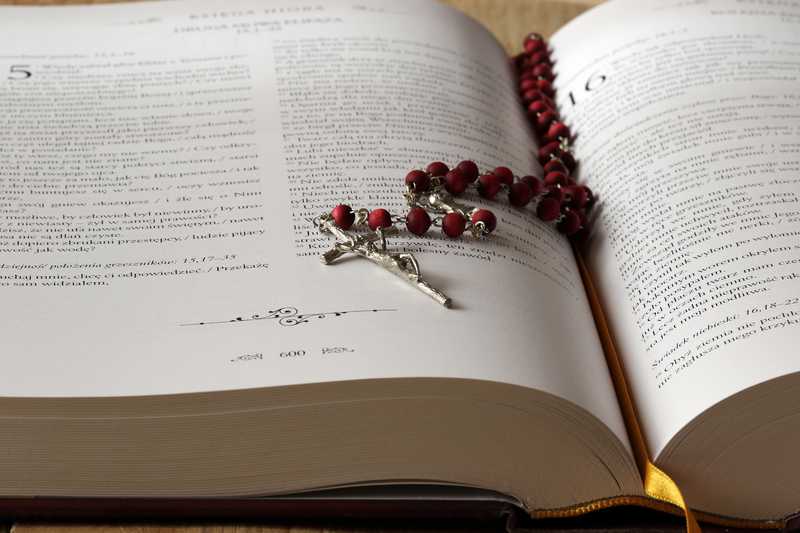 Here's a hypothetical situation: You need abortion care. Or, another hypothetical: you are pregnant, and you want to be, but something happens and you're in a position of having to choose between staying alive and getting an abortion. You go the hospital nearest to you in anticipation of getting medical care, and you're told that no, abortion is not an option, because this is a Catholic hospital.

Physicians who work in Catholic hospitals must abide by Catholic religious rules, which dictate what reproductive health care can be provided. That means that if you're seeking abortion care, you more than likely will not be able to get it. That's true even if your medical situation is dire, like in the case of Savita Halappanavar, who died after a Catholic hospital in Ireland refused to terminate her pregnancy that ultimately resulted in sepsis, and also to refer her to a hospital that would help her. This blatant disregard for the health of a pregnant person hasn't only occurred in countries like Ireland, where the Catholic church has jurisdiction over health care. In May 2016, the ACLU and Merger Watch released a report detailing the experiences of patients who were denied care at Catholic hospitals and the physicians at secular hospitals who did care for them. Catholic hospitals have also prevented physicians who want to provide abortions at other institutions from doing so, by placing clauses in their contracts stating that they will uphold Catholic values even in their work taking place outside of the hospital where they are employed. Catholic facilities have also historically refused to provide tubal ligations and birth control, in addition to abortion care and miscarriage management.

It seems easy enough to suggest that someone might not choose a Catholic hospital as a potential care provider if they're concerned about how that could impact pregnancy. However, if you live in Alaska, Iowa, Washington, Wisconsin and South Dakota, 40 percent of the beds in facilities supplying emergency care are in Catholic hospitals, which are also a major health care provider in Nebraska, Colorado, Missouri, Oregon and Kentucky. The dominance of Catholic hospitals is particularly an issue if you live in an area where it's your only option. Women of color are more likely to give birth in Catholic institutions, placing their lives disproportionately in jeopardy.

There's not a lot of research on the outcomes of people who seek reproductive health care at Catholic hospitals. What has been deduced is that the care isn't totally consistent, so one really doesn't know what to expect in terms of being able to obtain things like emergency contraception. In 2005, a study revealed that 54.9 percent of Catholic hospitals didn't provide EC for any reason, but an earlier study, from 1999, found that that number was more like 82 percent. The ACLU has taken action against bishops who have enforced religious law in cases where a woman's health and life are in danger and hospitals have refused to intervene.

If you're in early pregnancy and don't want to stay pregnant, the abortion pill could be a good option, especially if you don't have access to a clinic. It's also ideal if you want or need to have an abortion at home, or in a place where you feel safe. The mifepristone and misoprostol combination, commonly known as the abortion pill even though it involves taking more than one pill, is 95 - 98% effective when taken until 11 weeks of pregnancy. You can also take misoprostol, also called cytotec, on its own up until 12 weeks of pregnancy.

In order to prepare for your self-managed medical abortion (abortion with pills), you should make sure you have a safe place where you can experience cramps and bleeding without interruption. Ideally, you would be able to refrain from going to work or school while you're recovering. You should also make sure you have anti-nausea medication if you're worried about vomiting, and ibuprofen for pain. If there's someone you trust to know about your abortion, find out if they can be available, either physically or via text/phone, for support, should you need or want it.

Before you take abortion pills, you should have a plan for how to get to the nearest medical facility. Complications as a result of self-managed abortion are very rare. They include hemorrhage infection, and continuing pregnancy, and any of them can be treated by a doctor as though they were complications of a natural miscarriage, so if you do go to the hospital, you don't need to tell anyone you used abortion pills.

Women Help Women can help you access abortion pills, as well as answer your questions about how to use them. You have the right to safe abortion on your own terms.