In some states, people under the age of 18 seeking an abortion do not have to notify their parents in order to access abortion care. In other states, one or both parents needs to give permission. 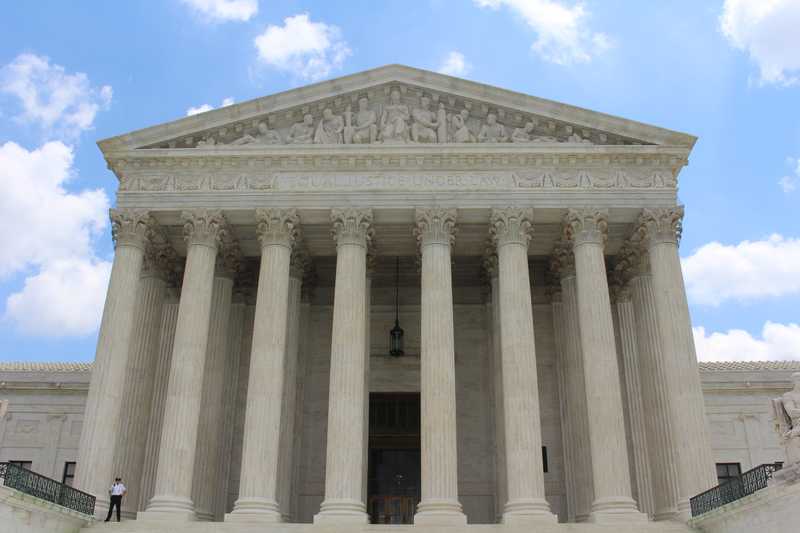 In some states (Alaska, New York, Oregon, Vermont, etc), people under the age of 18 seeking an abortion do not have to notify their parents in order to access abortion care. In other states, one or both parents needs to give permission.

While a doctor or a judge - again, depending on the state - can overturn the need for parental permission, it's not difficult to see the pitfalls involved in requiring someone to get permission from their parent or guardian before being able to get an abortion, besides the fact that young people should be able to access the health care they need without having to process it with anyone else. The assumption is that all young people are safe at home, and can talk to the adults in their lives about sex, birth control and pregnancy, and since we know this is empirically untrue, requiring people to inform their parent or guardian before they're able to get an abortion could be asking them to endanger themselves. According to the Guttmacher Institute, only 16 out of the 39 states that require parental permission for abortion offer exceptions for those facing sexual abuse, incest, and neglect in their homes.

If you know it's going to be unpleasant, or even dangerous, to tell your parents that you need an abortion, you're probably going to wait longer to do it, which means that you're inevitably getting later and later in your pregnancy, and abortion will likely be more difficult to access. Even if you  obtain judicial bypass - get a judge to sign off on your abortion so you don't have to get a parent's permission - you will then have to not only pay for the procedure, but get yourself to the abortion and back. Depending on where you live, you might have to stay overnight, thanks to a lack of abortion providers and state mandated waiting periods. It's pretty clear that requiring young folks to get parental permission is actually a barrier to safe abortion care, and not a means of protecting anyone. Check out this publication from Advocates for Youth for more details on how parental notification laws negatively impacts young people, particularly young people of color.

Abortion stigma plays a large role in the fixation on controlling young people's access to abortion care. The prevailing notion, perpetuated by anti choice factions and absorbed even by folks who fight for abortion rights, that abortion is unsafe, dirty, risky, immoral and leads to problems such as breast cancer and infertility, is what compels even the most outspoken abortion advocates to question whether a young person should be able abortion care without the permission of someone over 18. If we regard abortion as something that's dangerous, and young people as not possibly being able to make a decision about their own bodies that's right for them,  then of course we'd think that there should be laws regulating the age at which someone can access an abortion without having to pass through other people.

If you're a young person who's pregnant, it's possible that the abortion pill could be a good option for you, especially if you are fearful or unable to tell the adults in your life about it, and you're lacking the means and/or the time to pursue judicial bypass. The abortion pill is safe, and it's most effective in early pregnancy, before 12 weeks. You can get the abortion pill from a doctor, a clinic, a Planned Parenthood, or online, if you can't get to a health care provider. Searching for the abortion pill online can be daunting, because you don't always know for sure if what you're ordering is actually the abortion pill, which is mifepristone and misoprostol (also known as Cytotec) combined, but you can also take misoprostol on its own, although it's slightly less effective than the two pills together. You can take the abortion pill at home, or wherever you feel safe doing so. Women Help Women can answer your questions about self managed abortion, including how to access the pill (as well as contraception), how to use it, and what to expect. You are entitled to safe and effective abortion care, no matter how old you are, or where you live.