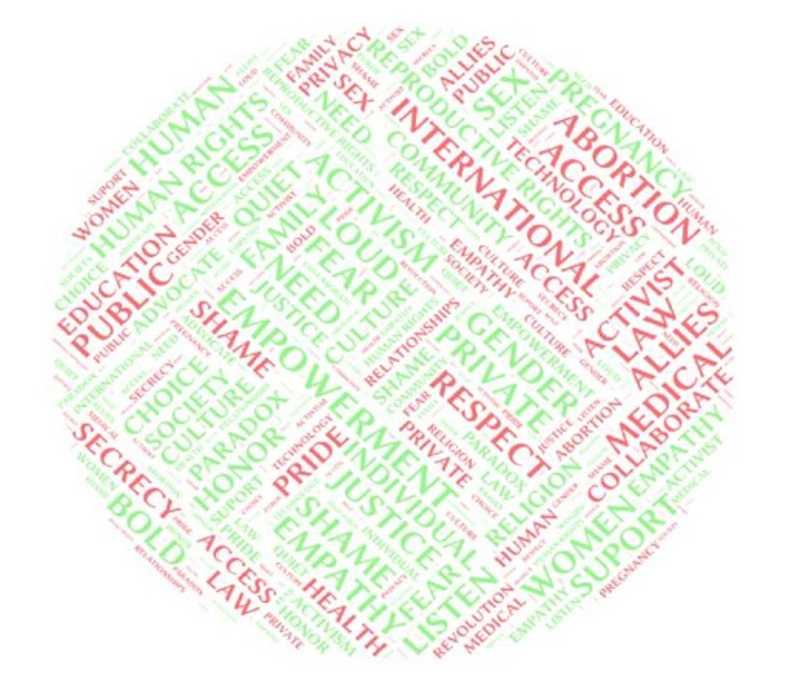 I believe in concept of women helping women.

I have been screwed sideways, again and then all over again, by those who claim to represent the nations, churches, self-proclaimed social leaders of various movements.

It’s no news that our uteruses and vaginas are constantly debated, assessed, graded, evaluated and then legislated accordingly by some politicians, clerics and doctors. Mind you – by some super-natural power, they all know better.

How does the above translate into practice: Living in a country that restricts abortion and where your pocket money isn’t enough for condoms or pills, as a sexually active teenager and a young woman, I remember being agonized by fear. I was afraid of getting pregnant. Sex was supposed to be fun, and at times it was, in those rare (often drunken) moments, when we happily consigned to oblivion. Then we were free from the overwhelming angst and paranoia (even during the very intercourse) of unwanted pregnancy (that we would, obviously, have to carry to term) and contracting various “freaky” diseases. We were constantly trespassing some imaginary border, and clandestinely playing the game for big boys and girls – the mythical “responsible adults”.

I never want anybody to feel the same way. I want sexual pleasure, not stigma.

I am simply fed up with waiting till somebody else fixes the problem for us or on behalf of us.

Women can help other women to get information and products they need.

It is not about gender identity, it is about basic solidarity, being equal.

This project would  have never happened if not for women helping other women, all the people inspiring each other to act together. It is urgent that we act upon the notion that contraception and abortion belong in women’s hands. How can women’s hands help make it happen?

For me Women Help Women is about trying, and asking challenging and hard questions rather than giving only righteous answers.

That is why I am part of women help women.