The stories we can't tell - an anonymous testimonial 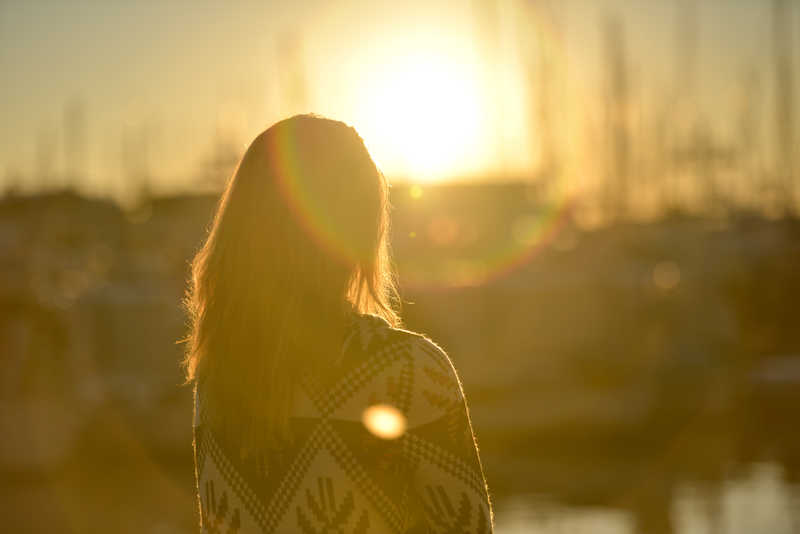 Earlier this year, one of my employees took me aside and told me a secret - “I’m pregnant – and one of my friends told me you can help." It's not the first time I heard that; I help women find misoprostol from time to time – but I live in a deeply Catholic country where abortion is illegal, and also manage an orphanage and help pregnant teens and women with medical care too, and am well-known (and partially admired, partially hated) for having traveled last year to another country to obtain a legal abortion - so the coded pleas for help are usually vague enough I have to ask very casually and carefully for more information to know specifically what they're seeking. If I get it wrong, I can end up harming more than helping.

But a little more digging, and yes, she was asking for misoprostol, a self-managed abortion. It had been a few months since I tried to find the pills, but I've never had a problem picking it up prescription-free at a pharmacy near my home. The first time I’d been asked suspiciously what it was for - I told the pharmacist I had stomach ulcers and that was that; I knew better than to explain it was for a safe abortion with pills. I told my employee they were about $120 and to come over that night, just to talk. She already had the cash ready - whomever had told her about me must have been someone I'd helped before. I left work early and went to the pharmacy – imagine my surprise when the pharmacist I always purchased from wasn't there and the new one appeared to have a stroke when I asked for misoprostol.

Later I actually learned that the former pharmacist had been fired – and was awaiting trial for aiding women in DIY abortions. I didn't get any more details on that at the time – but no, they didn't have misoprostol, and I was clearly unwelcome. I sent a few people to check other pharmacies and they all came back empty-handed - and mad at me. “It's not for an abortion!” I’d protest when they confronted me. “It's for stomach ulcers!” All I got back were angry and suspicious friends. Time to step back.

I asked a friend who is an OB/GYN, and who I knew was pro-choice, just in case, as innocently as I could muster, “I've been getting my stomach ulcer medication for $120 a month and my normal pharmacy changed pharmacists and no pharmacy in town will sell it to me. Can you give me a prescription?”

She lost it. “It causes miscarriage and it is only legal to prescribe for women who have already miscarried but have to deliver. Women use them to self-induce abortions. No pharmacy will give it to you and I’d go to prison if I prescribed it to you. And it costs $6, not $120.”

OH. So the first time I'd ventured out to find it, I’d found a pharmacist willing to gouge me on it and sell it illegally, just by coincidence. I’d thought it was legal just because it had been so easy. But he’d gotten caught, and the other pharmacists in town must have all known and wouldn't risk it. I was out of luck, and worse, so was my employee.

But I knew about Women Helping Women and told her to contact them. She did; they generously agreed to get the pills to her but it was an ordeal getting them into her hands. I can't reveal why without revealing the country or jeopardizing the process, but let's say we learned that WHW will go to great lengths to help women in dire need and have contacts in surprising places. She let me know when she had the pills and asked me to stay with her when she took them - I was the only person who knew and she didn't want to be alone.

Of course I stayed - even though it was now weeks later, I had originally told her to come over because if it wasn't too early along and she was ready, I was prepared to help that evening with her self-induced abortion. Anyway, I went, and she was prepared with the pills, menstrual pads, and ibuprofen. She took an ibuprofen for the cramps we anticipated, and then I answered her nervous questions; about an hour later she took the first four of twelve misoprostol pills. She just placed them under her tongue until they dissolved about a half an hour later.

She wanted to nap before the next round but she just laid down and stared at the ceiling. I assured her there was nothing to worry about but all she could do was wait and count minutes. Her excessive heartbeat and every digestive tummy rumble convinced her it was starting, and each false alarm made her more anxious.

Three hours later, she repeated the process with the pills. She wasn't experiencing any discomfort or nausea yet and began to worry it wouldn't work - in fact, I'm fairly certain her first round of nausea was stress-related and not from the induced miscarriage. She started bleeding soon after she began feeling sick though, and a bit later the cramps began. Her DIY abortion was starting.

If you've never seen anyone happy to experience discomfort, it is the pregnant woman who doesn't want to be, waiting for misoprostol to start working. There is often nervous laughter, and relieved tears, and she wasn't an exception.

It wasn't long before the third dose that the bleeding started, but it was mild. She took the third and about an hour later she had the miscarriage. Every woman I've seen in this process has had a slightly different experience, but it's generally similar – stress and worry, nausea, cramping, bleeding, relaxation and relief. She was 11 weeks along so we were able to find the sac in her blood and tissues, which was emotional but reassuring to her.

She continued to bleed some and had diarrhea through the night and the next day; I stayed with her to make her feel safer but have found this to be normal for at least a few days afterward. She had a mild fever and some vomiting – these are normal side effects but I'm convinced most of the time they're made worse by nerves.

Since this occurred I found another source thankfully, and a couple of women have needed pills and abortion information. I don't know much about their stories, but my staff member is in her last year of law school, and trying slowly, cautiously, to leave an abusive relationship. It's important that we remember everyone has a different story and experience. When I left the country for a legal abortion, I was painfully aware others didn't have that luxury – I hadn't been financially able personally but I had supportive friends who pitched in, and I could easily get a visa. Others here can't expect that. I knew I’d be judged but decided to be forthcoming because it was legal anyway and how else do you destigmatize abortion?

But my employee feared being disowned by her family and harmed by her boyfriend, arrest, health complications, the poverty cycle, and I can't begin to imagine what else. All I had to do was hold her hair and rub her back, reassure her that nothing happening was abnormal, and that she was doing the right thing. It was a simple process only complicated by body politics, and she got to continue on with her life. Soon, she'll be a great attorney, and someday, she might make an amazing mom - if she chooses.